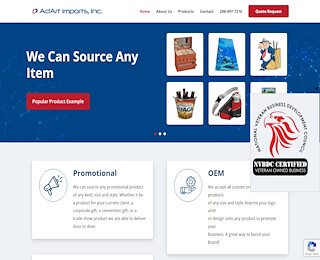 If you are an inventor, we commend you for your creativity and diligence. At AdArt Imports, we are all about supporting your inventive efforts. One of our specialties is hooking up creative people with offshore manufacturing for inventors. Will your invention change the world? It might. Let these world-changing inventions inspire you, then call AdArt Imports so we can talk about manufacturing for inventors.

Inventions that changed the world

As #13 on the Periodic Table of Elements, aluminum is not exactly an invention. In 1886, however, American inventor, Carl Wilhelm Siemens devised a smelter than allowed him to manufacture aluminum for Bauxite Ore. Lightweight and easy to recycle, Bauxite derived aluminum is used today in everything from airplanes to high-rise skyscrapers.

On December 17, 1903, American inventor Orville Wright made the first flight in a heavier than air conveyance. Made of wood, the first “aeroplane” made its debut flight for public viewing around New York's Hudson River in 1909. Today, life would be unthinkable without air travel to get people where they want to go.

Before Hungarian physician Dr. Semmelweis made the connection between germs and infection in 1850, many women died from septic conditions during childbirth. Once it became clear that antiseptic solutions improved survival rates, the germ-killing invention was introduced by Joseph Lister to surgical suites throughout America. Today, antiseptics are employed in every operating room in the world.

Although the patent was applied for in Argentina in 1938, the ballpoint pen was invented by a Hungarian inventor and newspaper editor named Laszlo Biro. His improvements to the inside mechanism of a writing instrument prevented the ink from drying out. After World War II, Biro found manufacturing for inventors, and the ballpoint pen became the most popular and convenient way to write, says Biography Online.

Before e-mail, people used to write letters on paper with ink. Oddly enough, that's how books were written, too. That all changed in 1450 when German inventor Johannes Gutenberg debuted his printing press machine that could replicate books and pamphlets in a fraction of the time of hand-writing.

Yes, we know that most people turn to the Internet for news and entertainment today, but it wasn't always that way. In 1900, the brilliant albeit enigmatic inventor, Nikola Tesla, was awarded several US patents for radio. Four years later, his patents were revoked, and credit for the invention of the radio went to Italian born inventor, Guglielmo Marconi. A patent battle ensued, but both inventors died before the US Supreme Court revoked Marconi's patents and re-awarded credit for radio invention to Tesla in 1943.

What sort of thing have you invented? No matter what kinds of product it is, we will work to find the ideal manufacturing for inventors for your creative project. We've helped a lot of inventors, and we can help you, too. Don't delay. AdArt Imports is ready to take your call at (805)901-8130.